In both GC and Subcontractor contracts, there are various terms that really need to be reviewed by counsel to determine your rights.  Below, Palecek & Palecek, PLLC present some of those terms taken from actual contracts in our experience that you need to have on your radar before executing a contract:

I – Indemnity
Sample Proposed Subcontract Clause:
“To the fullest extent permitted by law, Subcontractor agrees to indemnify and hold harmless GC, the Owner, the Architect and all of their parents, subsidiaries, affiliates, agents, officers and employees from and against all claims, damages, losses, penalties, … , including but not limited to attorney’s fees and court costs, arising out of or resulting from the performance of Subcontractor’s work…regardless of whether it is caused in part by the acts, omissions or negligence of a party indemnified hereunder.”

Response: This needs to be reviewed and revised by counsel as your business may be exposing itself to potentially crippling damages over which it had no control.

Response:    This needs to be reviewed and revised by counsel because a Contractor is entitled to reasonable compensation, not just extensions of time, associated with delays caused by others.

III. Killer Contract Clauses III – Condition Precedent To Payment – “Pay if Paid”
Sample Proposed Subcontract Clause:
“The Subcontract Amount will be paid subject to the terms of this Agreement in monthly payments of 90% of the work performed in any preceding month, in accordance with estimates prepared by Subcontractor and approved by Contractor, the Owner, and any other party whose approval is required by the Contract Documents and in accordance with the conditions set forth below, including, but not limited to, the condition precedent as set forth below of receipt by Contractor of payment from the Owner….Receipt by Contractor of payment from the Owner on the Project is a condition precedent to payment of the approved portion of Subcontractor’s monthly estimate as provided in this Section 2.1 and extra compensation as provided in 4.5 below.”

Response: This “Pay if Paid” clause needs to be reviewed and revised by counsel because its terms can have a drastic effect on getting paid.  For example, as a Contractor, you should not be subject to a “Pay if Paid” provision for a Change Order directed by the up-tier contractor, especially if the up-tier contractor is denied the same change from the Owner.  In such a case, you will never get paid for the Change.  Palecek & Palecek PLLC can help you understand the effects of such payment terms and how to negotiate revisions.  See “Change Orders” below.

Response:  If you signed this proposed term without identifying its pitfalls, your business may truly suffer.  Your business needs to be able to identify such proposed terms because they potentially have a severe effect on your bottom line.  On a project where Change Orders become a large part of the contract, you don’t want to be stuck with such an onerous Change Order provision that could lead to severe cash flow problems for your business.  See Palecek & Palecek for sample responses.

Please contact Palecek & Palecek, PLLC for its preferred attorney’s fees language Such a provision is essential if the Contractor wants to be reimbursed for costs, after prevailing at trial, that are not typically allowed by the Courts unless they are agreed to in the contract.  This provision could save the Contractor tens of thousands of dollars.  Keep in mind, however, that this provision works both ways.  If the Contractor loses at trial, it must abide by this same obligation.

The decision as to whether or not to agree to binding arbitration is company specific.  Palecek & Palecek can identify for you the specific issues to consider based upon your specific business.  Some of the benefits of the Superior Court are the appeal process, the disclosure process, the evidentiary process, and the fact that one will have judges interpreting case law instead of “experts” in construction.  If one has a case that hinges on the interpretation of inconsistent case law, it makes sense to use the court process.

Having said that, once you agree in the contract to a forum, you are generally stuck unless you can get the Contractor to agree to an alternative process.  For our Arizona clients, It may make additional economic sense to use binding arbitration for cases less than $50,000.00 because there is a de novo appeal process in Maricopa County Superior Court.  That is, after the first round of trial, the other party could appeal “de novo,” very cheaply, without bond.  This effectively means that one would have to pay twice for the costs of an evidentiary trial if there is not an agreement to arbitrate such disputes.

When and how to make a Bond Claim 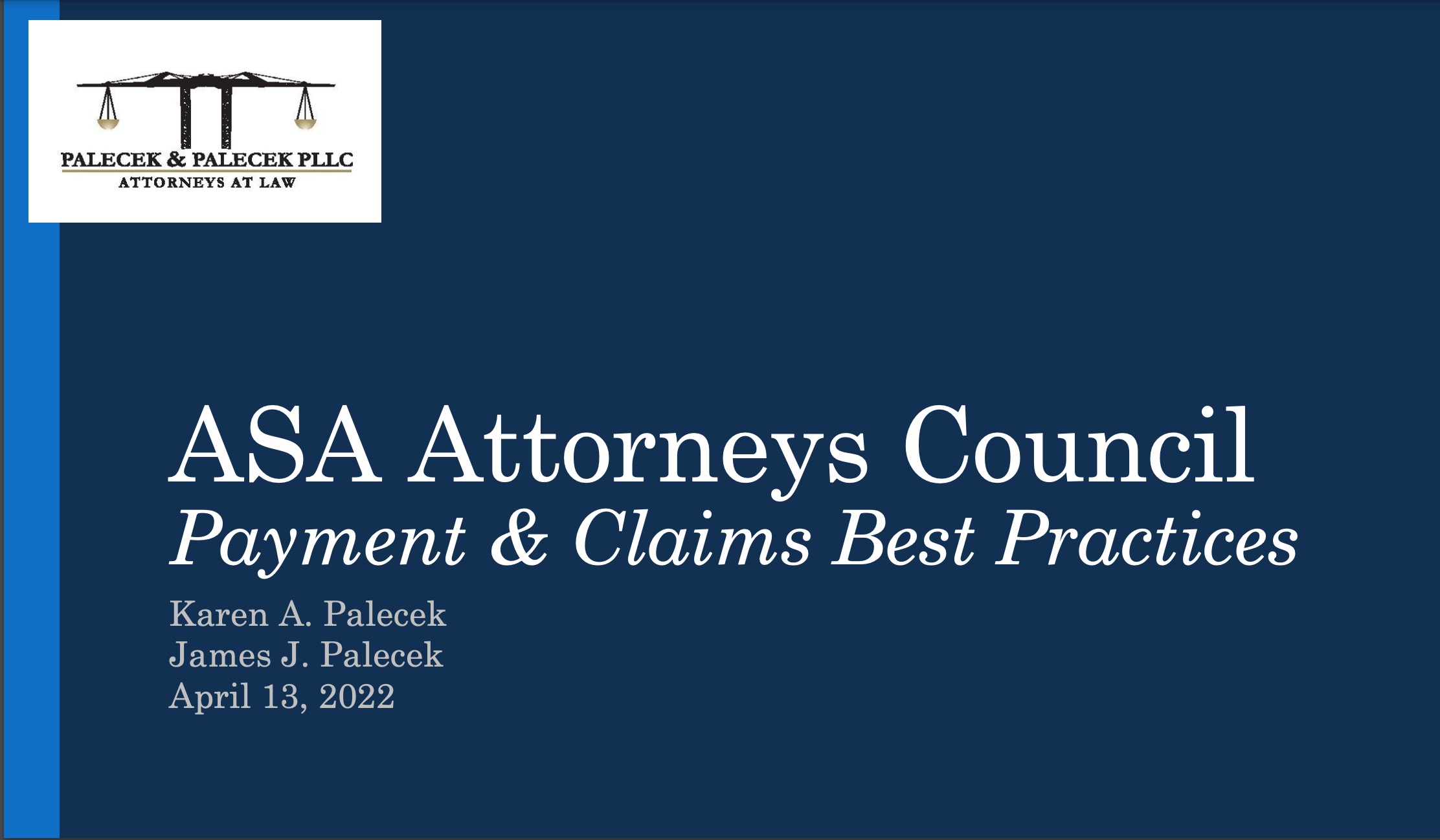 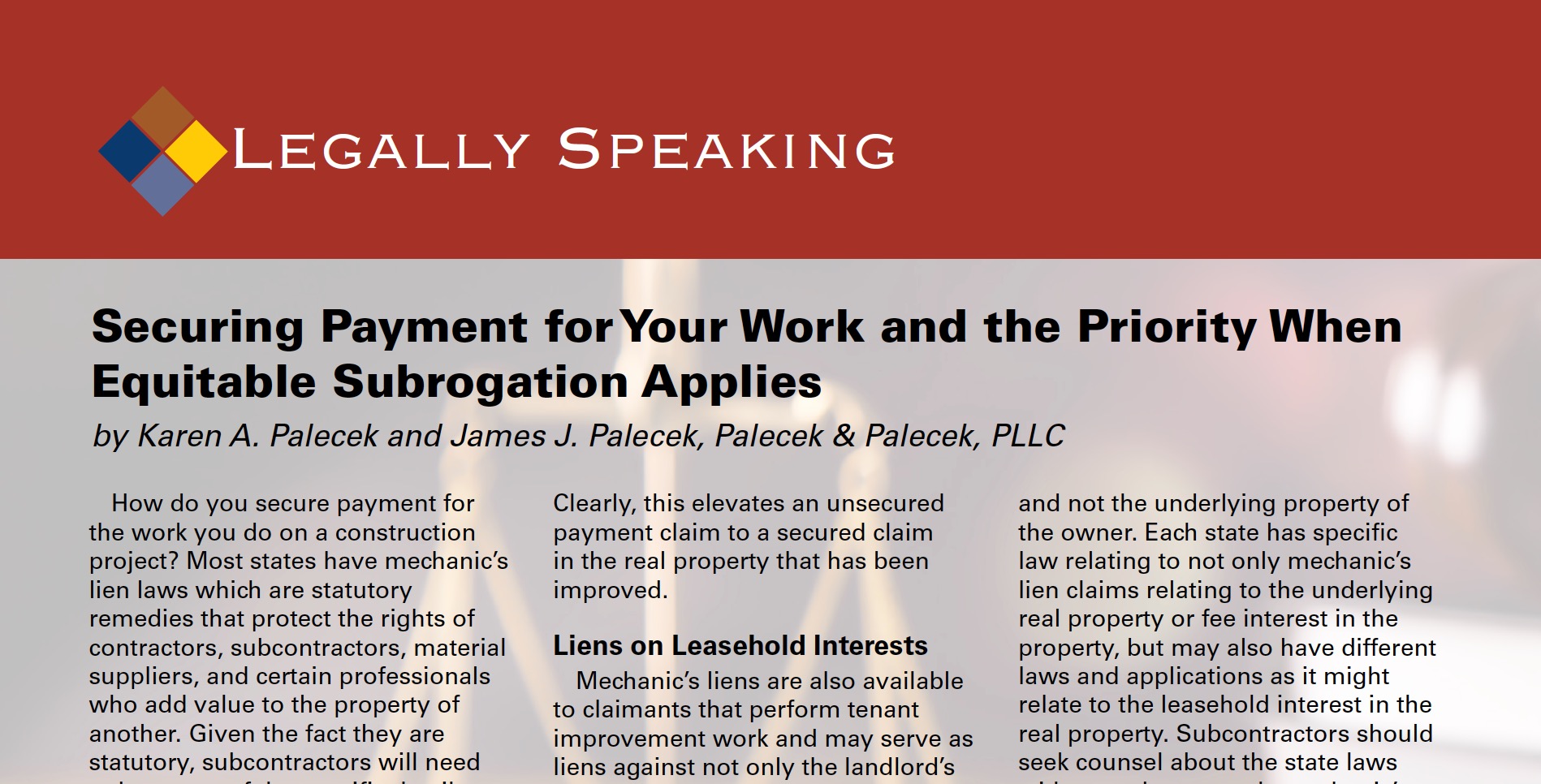 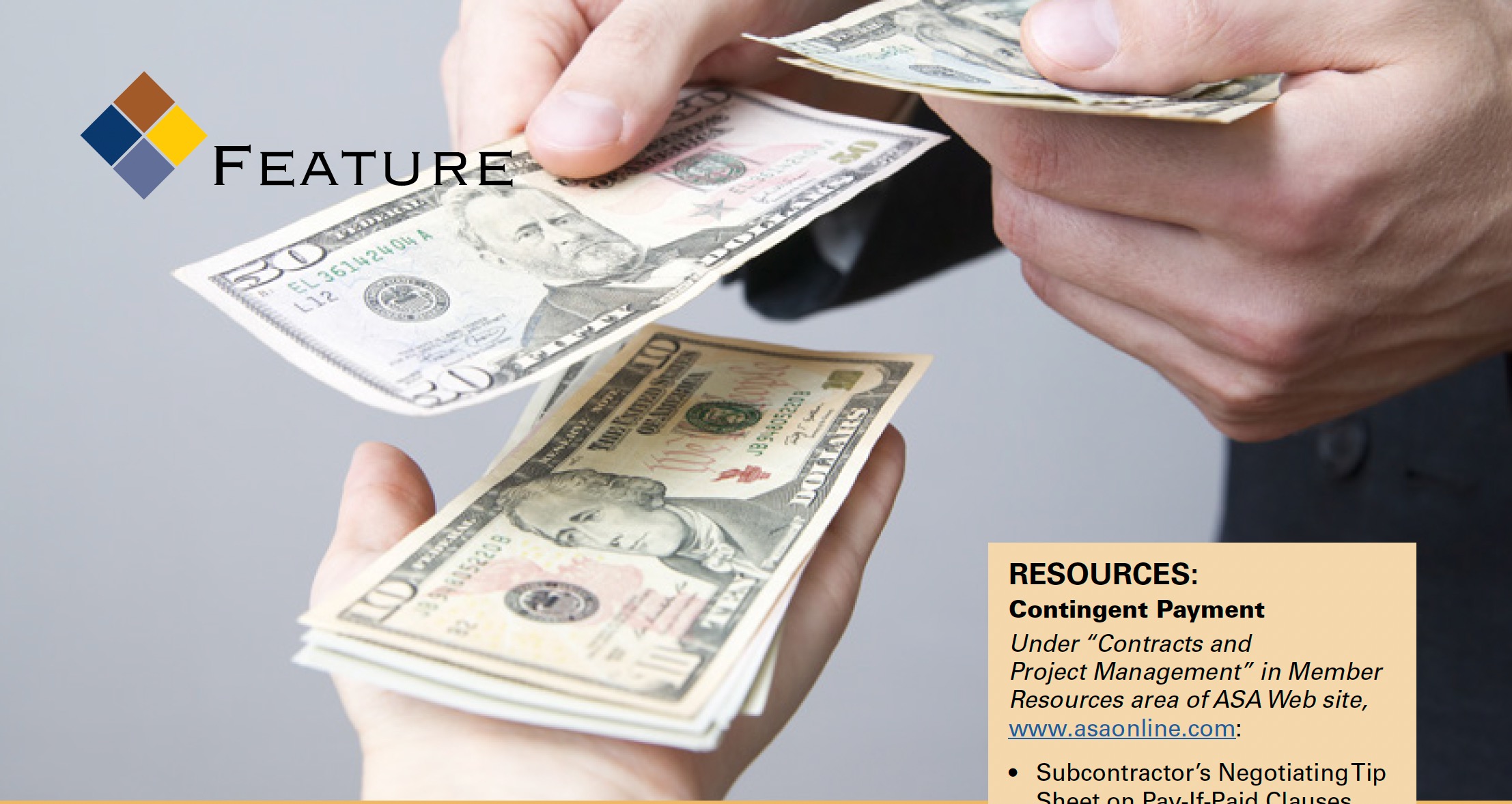 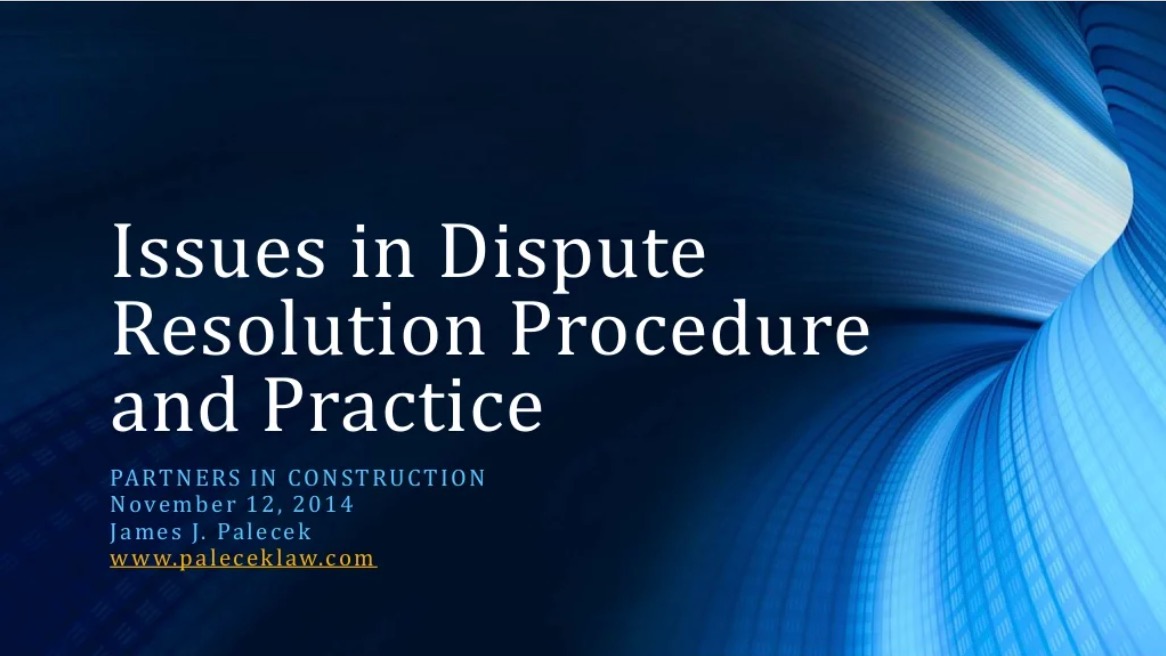 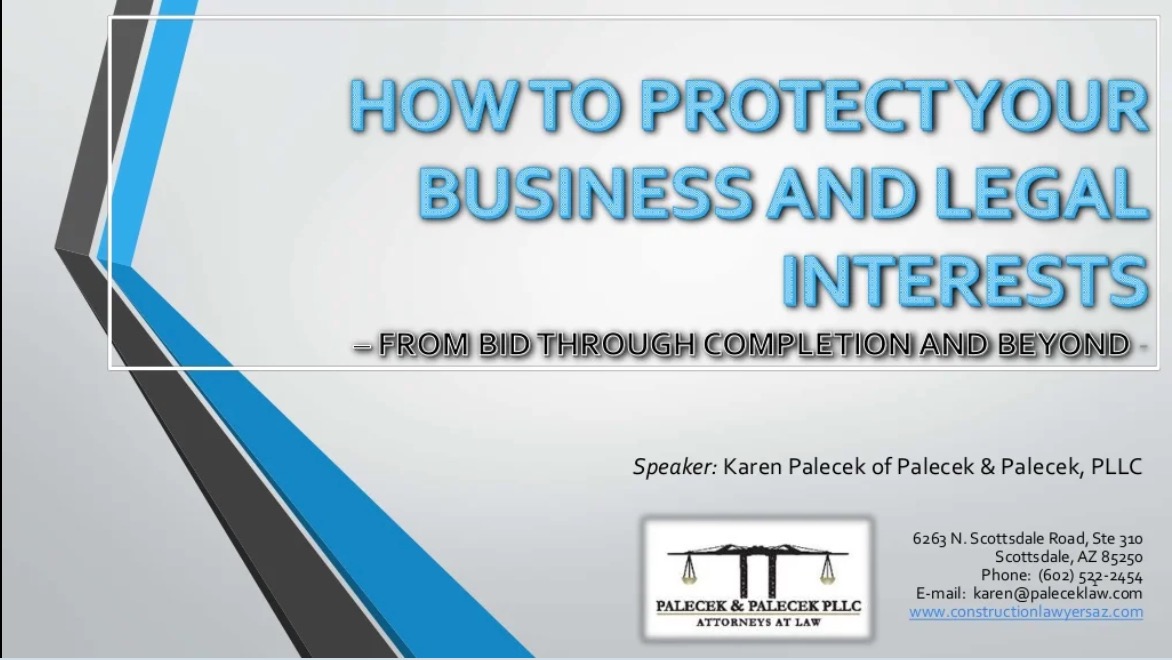